Who and whom are two of the most commonly confused pronouns in English grammar. Since they look and sound so similar, people often mistakenly use them interchangeably, but that’s not correct usage at all! Here’s what you need to know about the correct use of who vs whom, why it matters and how to fix it if you’re already making this error in your writing or speaking. People often get confused over whether they should use who or whom in a sentence. A simple way to think about it is that you can decide between who and whom by determining if your subject is acting on or receiving action from its object.

Generally speaking, you should use who when you can use he or she.

Who built that deck?

He built that deck. So, we do know who built it.

She built that deck. It was she.

Using who as a subject makes it possible for us to avoid awkward constructions like it was him/her who… or him/her built that deck.

If your subject is performing an action/ on something or someone else, use who.

Here, we use ‘who’. This is because our subject the ‘man’, is performing an action (loving) to another person (his wife), we use ‘who’.

Let’s see the situations when you should use ‘whom’.

Remember, if your subject is being acted upon by someone else, use whom.

The woman [subject] whom I love [object] lives across town.

Here, we use ‘whom’. This is because it is clear that our subject (the woman) is being acted upon by someone else (I). Therefore, we use whom. If you’re ever unsure whether or not to use who or whom in a sentence, determine whether you want to refer to the subject or the object.

Who Vs Whom Trick

Now, I am going to share with you a very easy and quick trick that I call the ‘who vs whom trick’.

Simply when in doubt, form a question and answer it.

If in your answer you get the pronouns he, she, they, or I, it means that you mean to use the pronoun as the subject.

If you get him, she, them or me in your answer, then it clearly means that you mean to use the pronoun as the object.

Remember, Who is for subjects of a sentence, and whom is for objects.

For example, ‘You’ll find him [subject] in his office [object]’.

Another tip is to use this simple rule. Replace who or whom with he/ she or him/her; if you can do it without changing meaning, you’re OK.

He knows me [subject]

I know him [object].

The same works if you reverse them: Him I know [object], he knows me [subject]. If it doesn’t work that way, you need whom.

Using Who Correctly With Examples

You use who to refer to people or animals. To help you see how who is used, here are a few examples of how it is correctly used in a sentence:

Using Whom Correctly With Examples

The word whom is usually used as an object. However, it is also used informally as a subject.

If we want to use whom as a subject, then there must be a preposition attached such as with, in front of, after etc. Also, remember that whom comes before he/she/it.

In summary, formally use whom when it functions as an object of a verb or preposition. However, you can informally use it when functioning as a subject.

Who Vs Whom Quiz

To test your learning about using who vs whom, check out this free practice quiz. 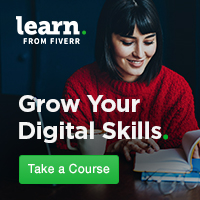