I have to say that I have never underestimated my students’ tech-savviness. I did have many moments during our face-to-face classes when I would get stuck with technology, and two or three of my ‘tech-savvy’ students would instantly offer their assistance. That says a lot about today’s millennials. While our students are becoming more tech-savvy with every passing day, there is no excuse we, as teachers, can’t keep up with the technological advancements. To me, our students’ technological know-how is an opportunity that we can capitalize on. Especially now, when our laptops and iPads are our classrooms. Hence, I decided to have an online activity on Bitmoji characters.

We began our new academic term 2020-2021 this week, and the very first thing in my mind was to use something different as an ice-breaker. Having successful online lessons during summer, I had a fair idea about the popular technologies that my middle schoolers love. Knowing that now most of my students own a digital device of their own, be it a laptop or a tablet, using Bitmoji with my eighth graders as an icebreaker seemed to be a great idea. So I decided to plan the first two days of the class accordingly.

So, here is the lesson plan:

We can determine a character’s personality based on their likes, dislikes, aspirations, dreams, passions, thinking, what they say and what they do.

Since it was an online lesson on Zoom, I prepared my lesson’s Google Slides and presented all the materials on a shared screen. I started this learning experience with an ice-breaking activity and shared my Bitmoji poster with a Truth and a Lie game. So basically, I had already created my Bitmoji avatars and posted some Bitmoji stickers on the slide. Then I asked my students to guess which one is the truth and which one is a lie about me. This activity got my students to think deeply and infer two things about me: one, the meaning of each Bitmoji avatar; two, guess the truth and the lies. My students began talking and discussing my character traits, as portrayed by my Bitmoji poster and came up with various character traits and my likes and dislikes.

Now that my students had gotten a fair idea about using Bitmoji App, they were ready to use it to create their Bitmoji posters. I shared this character traits list for them to think about various character traits they could show and posted the assignment on Google Classroom.

We discussed various character traits from the list and how these character traits (adjectives) reveal different aspects of one’s personality. I also explained that the students could use any other cartoon maker to create their avatars and posters describing their likes, dislikes, aspirations, dreams, passions, thinking, etc.

I instructed them not to write their names on the posters so that in the next step, we could display their Bitmojis on the shared screen and have their peers guess the classmate’s name and infer their personality based on the posters.

Next, students created their Bitmoji avatars and posters, which showed their avatar stickers doing various activities. This activity allowed them to use their reflective thinking and introduce themselves through a different medium. The students emailed their posters to me as I did not want them to see one another’s posters as yet. Here I am sharing some examples of their work.

The next day, I appreciated their work and using Zoom Breakout Rooms, divided them into six groups with some instructions about the discussion. I told them that they had to share their likes, dislikes, aspirations, personality traits, and hobbies with their group members so that before we play the character inference game, students know their group members well.

After ten minutes, I brought the students back to the main meeting, and we were ready to play the character inference game. When all the students came back to the main meeting room, I asked volunteers from each group to share what they discussed and share what they had learned about their group members. Students participated in this activity enthusiastically and shared what they didn’t know about their peers before and how the Zoom Breakout Rooms allowed them to get to know their friends even better.

Following that, I displayed random posters on the shared screen. I asked them to observe them and share three character traits that they can infer about that person based on their Bitmoji’s actions, thoughts, way of talking, thinking, speech, and looks. When they responded, I asked them, “What makes you say that? How did you come up with these character traits?” The students shared that they inferred the personality traits from the words/phrases, activities, and likes/dislikes shown in the posters. Then I told them that they had just used the information given in the Bitmoji characters posters as clues to infer their peers’ personality traits and that it is another characterization method that authors use when they write stories. It is called ‘Indirect Characterization.’

Finally, when we laid the foundation, I progressed to another characterization activity that I’ll be sharing in my next post. Until then, let me know how you found this activity. If you do plan to use this activity in your classroom, make sure you link back to this blog post and share in comments, how your experience was.  I understand that using technology in distance learning presents its own set of challenges, and I hope that this lesson has sparked your creative thinking about how you can use Bitmoji in your English language class.

It is important to know that not all emoji or Bitmoji (intended for ages 12+) components are appropriate for school and I encourage you to think about how they will work best in your classroom. Create some essential agreements and boundaries with your students and ask young students’ parents to supervise while the students are engaged in the independent learning activity. I recommend using Bitmoji as a class first. Similar apps that you can use with young students are MojiCam and Zepeto. Make sure you carefully read the information given on their websites and test out the suitability of the apps first.

For an overview of the lesson, you may also watch the following video: 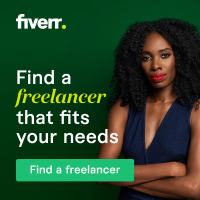